Pesach: This Kept Us Standing

“And this Covenant is what kept our ancestors standing, and ourselves as well: That in every generation more than one enemy has arisen against us, to annihilate us, but the Covenant of the Holy One has stood and delivered us from their hands.”

“Rashi comments that this declaration of Vehi Sheamda is the reiteration of the promise that Ha-Shem made to Avraham of "V'gam as hagoi asher ya'avdu, dan anochi..." The nation that enslaves you will also be judged by Me..." This promise, which has stood for our forefathers, stands for us as well. Anyone who comes upon us, Ha-Shem judges them and saves us from their hands.”

Passover time seems to take me by surprise when it comes early in the solar year. This year, it begins this Monday evening, March 25, and getting myself motivated to do the cleaning, get the chametz out, and turn the kitchen over has been difficult. With everything that is going on in our lives right now, I kept hearing that voice in my head saying: “I don’t want to do it this year. This year, I think I’ll skip it. After all, how important is that I, a little person, observe all the rituals and complete the slaving cleaning for Pesach. Surely, the Universe will not be disturbed by my decision not to participate.”

And then a friend sent me this beautiful rendition of Vehi Sheamda with commentary by the chief rabbi of South Africa: 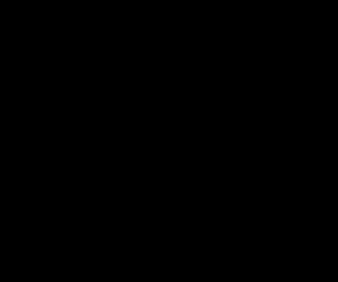 And when I saw the translation given for the first line of the Vehi Sheamda: “And this COVENANT is what kept our ancestors standing, and ourselves . . .” I got it. Of course it matters that I clean and remove the chametz from our little house, here on the edge of the Mogollon Rim, far from the centers of power in the world.

“For in every generation, more than one enemy has arisen to destroy us.” This statement is undeniably true. Never in our long and tumultuous history, have the Jewish people been ignored and been allowed to freely exercise the observance of our Covenant unopposed. Although America has become home and our greatest sanctuary, it is uncertain at best, given the hatred directed at the Land of Free and the Home of Brave, and at those of us among her people who are Jews.

And yet we persist. Out of sheer cussed stubbornness, we insist on going on existing despite the depredations of our enemies. And why do we persist? That is a miracle of the most Hebrew kind. For no natural laws have been suspended for us, and many of Jews have gone up in smoke, or have had rockets rain down upon their heads in their own lands, or have been forced from their homes in Egypt, in Yemen, in Iran—from those days at this season, to this day when we live under the threat of being bombed back to the stone age by mullahs from the stone age.

But the signs and wonders are there, and the evidence of the mighty hand of the Eternal, for those with eyes to see them. Unlike Moses, most of the world has no patience to sit and watch a bush aflame until they can see that it is not consumed. And so most human beings miss the signs and wonders that they walk past every day.

Among them, is this sign. Once again, all over the world, Jewish women retrieve the mops and brooms, fill their pails with water, and begin the ancient ritual of clearing out the chametz—the leaven—from their homes. We kneel down to sweep it away with a feather, and our men take it to burn it on the eve of Pesach. All of us, every year, are enacting the journey from slavery to freedom, from the worship of idols to the service of the Covenant, from Jerusalem destroyed to Jerusalem rebuilt.

In these humble actions, unnoticeable and unnoted, we renew for ourselves the Covenant that began when we came forth from slavery, into freedom. Passover, like all other Jewish holidays, is a reminded of the Covenant. But Passover is also the story of how we came to be who we are, Am ha-Brit, the People of the Covenant.

“But the Covenant of the Holy One has stood and delivered us from their hands.” The sign and the wonder is not something that is shown to us as we continue to survive and thrive despite the wish of the most recent of our enemies to “wipe us off the map” of the world. Rather, the sign and the wonder is us, ourselves, keeping the Covenant. We have been taught that if even a remnant of Israel keeps the Covenant, that will be the salvation of us all. And for us, salvation is not some promise of life after death, rather it is the continuation of our people. Salvation is effected in our stubborn insistence that: Od Avinu Chai! Am Yisrael Chai! Our father yet lives! The People Israel lives!

“For as much as we keep the Covenant, the Covenant keeps us.” (Machzor). As Jews, as that obstinate Remnant of Israel, that goes on surviving when most of the world would rather we were dead, the meticulous observation of the laws of Pesach, and the arcane rituals from another time are a touchstone that reminds us who we are. On the surface, I am an ordinary ranch wife, an American woman living in the rump end of flyover country, a human being among millions, whose life and death will be little known and little noticed. But when I kneel down to sweep the chametz off the hearth, I am also a daughter of the Covenant, a child of Abraham and Sarah, a companion of Moses and Miriam. I am free woman, brought forth from slavery, with signs and wonders, awesome power, a mighty arm and outstretched hand. My liberty matters.

And what I do about that matters. It matters because it preserves an identity that has existed from Sinai until now, an eternal braid of ritual and remembrance, giving my actions a meaning and reality that transcends my place and time. And so, despite the whispers of the destroyers who have dogged our steps from Egypt until now, and despite the momentary whisper of not wanting to begin, I retrieved my mop and broom, filled my pail with water, and began to clean my house, remove the chametz, and tomorrow after Shabbat, I will turn over the kitchen for Pesach.

“For in every generation, each one is obligated to regard herself as having personally come forth from Egypt . . .”

It was not easy to come forth from the house of slavery, the fleshpots of Egypt. But some things are worth fighting for. Our existence and our identity as a people nurtured on freedom comes from this Covenant.
“And THIS COVENANT is what keeps us standing . . .”