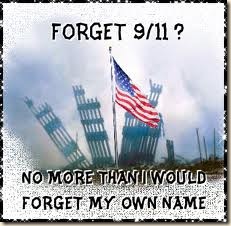 I will never forget that day. It marked me just as surely as Pearl Harbor, Gettysburg and Valley Forge have marked previous generations of Americans. 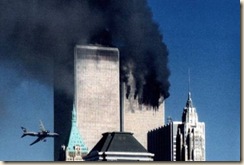 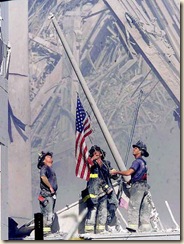 And out of the dust and ashes, I see the image:
She stands.
“Just when you think it might be over
Just when you think the fight is gone
Someone will risk his life to raise her
There she stands  . . .” (10
I remember this as if I had been there. 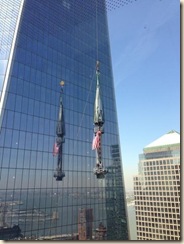 Twelve years. And the tears still come.
We are wounded in spirit.
For a clear September sky still evokes
the frozen images as if no time had passed.
But through the tears we see another rising
to a new and taller stand.
For Americans still rise to greatness, and there she stands. . . (2) 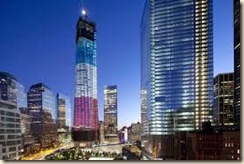 There she stands.
It took longer than expected.
And we look back and count the cost.
1776 feet she rises,
There she stands. (2)
The greatest monument to American dead
is to rebuild the alabaster cities of their dreams.
Out of the rubble, we raise them up:
higher, prouder, stronger than before.
She stands. 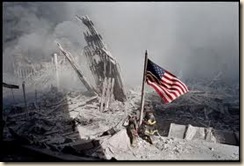 When evil calls itself a martyr
When all your hopes come crashing down
Someone will pull her from the rubble
There she stands. (1)
Both of them--
the flag and the Freedom Tower (3)
we raise to remind ourselves of
who we are
and to what we commit ourselves. 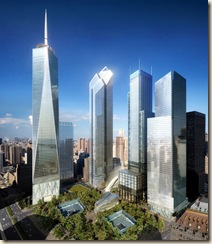 Click through to see a time-lapse video of the rise of the Freedom Tower. (3)