The Meaning of Memorial Day: Reply to a Friend


"In recent decades especially, the connection between American military intervention
and American freedom has become ever more tenuous.
Meanwhile, competence has proved notably hard to come by."
--Andrew J. Bacevich, "Memorial Day for a father whose son was killed
in Iraq", Los Angeles Times, May 31, 2010 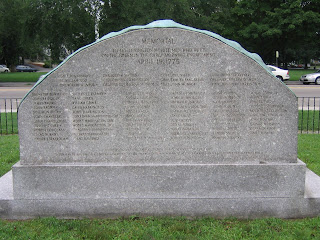 Posted by Elisheva Hannah Levin at 11:27 AM