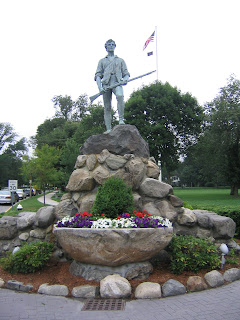 It is instructive that as I sit facing my calendar, I see that although April 27 is marked as "Freedom Day (South Africa)", the 18th and 19th days of April are not marked at all, and this on a calendar that was "Printed in the United States." It is somewhat reassuring to note that July 4 is marked as Independence Day, and the independence days of other nations are so marked, but it is disconcerting to see that Constitution Day, September 29, is also missing from this calendar.


I will not be purchasing another calendar from this particular publisher.
For to celebrate the 4th of July without marking the day upon which the fight for our liberty had its inception, and the day upon which that liberty was guarranteed by law and oath is to turn it into a holiday with no roots and no wings. By tearing Independence Day out of context, we are throwing the real history of our freedom down Orwell's fabled memory hole, perhaps out of some misplaced politically correct version in which Liberty can be achieved by proclaimation without revolution and the rejection of tyranny. 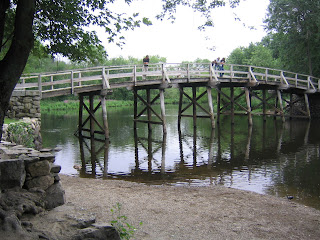 On the 19th of April, 1775, the Militias of Lexington and Concord took up arms against King George's Redcoats who had come to confiscate their arms, cannon and powder. The British Regulars, under the command of General Gage, had blockaded the Port of Boston, occupied the Town of Boston and placed its denizens under martial law because of the tax resistance of colonists that culminated in New England with the Boston Tea Party in December of 1773.

In addition, the British Crown had confiscated the property of the individuals, quartered their troops in the houses of the citizens, and suspended trial by jury, subjecting the people of Boston to military tribunals. 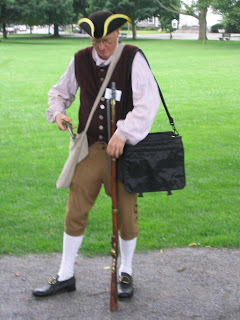 It is instructive to remember that these violations of the rights of Englishmen were the reason for the American Revolution; the cause for which Colonel Parker and his Militia "fired the shot heard 'round the world." These violations found their way into the Declaration of Independence in the listing of the "crimes of the king" and they were answered in the Bill of Rights, the first ten Amendments to the Constitution. The Founding Generation had direct experience with the coercive actions of a central government whose power went unchecked. They challenged that power by taking up arms to defend their rights first at the Green at Lexington.

Growing up in Massachusetts, we always would go to the Patriots' Day parade in Lexington. But most folks outside of New England don't seem to know much about it. Too bad!

Interesting. Although we did not have parades or public celebrationsin the Midwest, Patriot's day was always on the school calendar, and there was some kind of school-wide activity (usually involving skits and flag ceremonies). When we did citizenship education (do they even do that anymore?), April 19 was listed as a day to fly the flag.