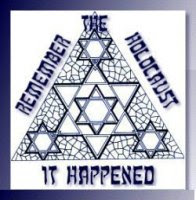 We have been talkin about WWII lately. N. has taken to reading the newspaper and then he asks a lot of questions. He is starting to link what happened in the past to what is happening in the present. And yesterday was Yom Ha-Shoah--Holocaust Memorial Day.

It is always hard to know how to present the massive evil that was the Shoah to a sensitive young adolescent. We want him to understand the precursors to the Shoah--Christian anti-Judaism going back to the 5th century, it's virulent and racist descendent, European anti-semitism, WWI, the economic crisis in Germany in the 1920's, the weakness of the Weimar republic...there is just so much that must be understood to even begin to get a grasp on what happened to our people in Europe. 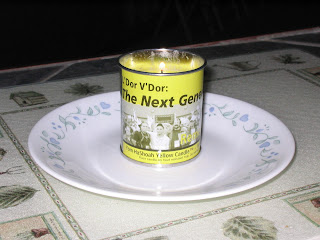 And then there is the emotional side. The thought that "it could have been me," is very real when you walk into synagogue past a policeman every Shabbat.

This year, as N. started asking questions, we decided on a two-part approach. First, we read some of the modern history chapters in the Kingfisher Encyclopedia of World History together. (We are doing ancient history this year, but we let N.'s curiousity about the Shoah guide us for a while). This helped N. understand that the events did not come out of nowhere and that there are always reasons for what people do, even when those reasons are irrational. It also provided a bridge to talk about some of the background for what is happening today with the U.S. War on Terror. A question that N. has brought up again and again has to do with when it is important to fight and perhaps die for something greater than yourself. This is a very important question for the people of the West right now. Is there ever a time when that is right?

So we studied the Jewish Partisans who fought back against the Nazis. We discussed the

importance of resisting evil and of the necessity, sometimes, to stake one's life on important values: life and liberty for yourself and others. This, we explained was "black resistance"--violent resistance to oppression and death. This was the resistance of the Warsaw Ghetto uprising. N. found the "Partisan's Song" on the web, and I taught him the tune.

We talked about the phenomenon of Holocaust denial, the reasons why people deny really aweful events. There are personal, political and psychological reasons why this is so. And we talked about the importance of remembering for our Jewish culture and in the dominant culture. We discussed how Yom Ha-Shoah is observed in Israel. There, a siren goes off at a certain time, and everyone stops where they are. If you are in a car you just stop on the road. If you are walking somewhere, you stop. Everyone observes 6 minutes of silence. We talked about how long that can seem. We asked if 6 minutes, 1 minute for every 1 million Jews who were murdered in the Shoah is even enough.

We finished all of this study with a ceremony last night. We had received a candle for Yom Ha-Shoah for the Federation of Jewish Men's Club. They also provided a meditation to be said when lighting it. The focus was that the next generation should not forget.

We gathered in the kitchen at sunset. N. lit the candle. We read the meditation. 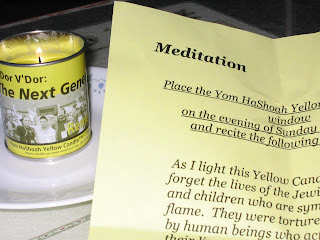 We observed 6 minutes of silence. Then we sang two songs.

Never once say you walk upon your final way though skies of steel obscure the blue of day. Our long awaited hour will draw near and our footsteps will thunder - We are Here!

From a land of green palms to a white land of snow, We march on with our pain and with our woe; And there where a spray fell of our blood, there our strenght and courage yet will bud!

The morning sun will rise and brighten the day and yesterday's night will fade away, But if the sun delays in rising to the dawn then like a watchword pass this song on and on!

This song is written with blood and not with pencil lead it's no song sung freely by birds flying overhead. So a people among the falling walls made their last stand and this song they sang with pistols in their hand!

Never once say you walk upon your final way though skies of steel obscure the blue of day. Our long awaited hour will draw near and our footsteps will thunder - We are Here!

We finished by singing: 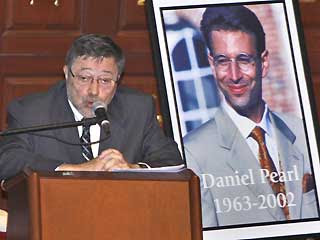 I believe with complete faith in the coming of the Messiah. I believe. Even though he tarry, Still, I believe.

N. ended the ceremony by quoting the last words of Daniel Pearl, who was murdered by terrorists in 2002:

This brought us from events of the past into the present state of our world.

We then quietly left, one by one, and the candle burned all night in the window.

There is something very effective about ending a unit of study that is so emotional using ritual and ceremony. This connects the emotional to the rational, and helps us experience history as full human beings.
Posted by Elisheva Hannah Levin at 8:54 AM

Elisheva, your post will help me talk to my kids about the holocaust, something we've been doing. While I don't want to overwhelm them with the horror of it, I want them to know what happened, why it happened and that it can happen again if good people don't keep it from happening. Because we're secular homeschoolers, I have to make a conscious effort not to dismiss the contribution that religions have made to our world's history and traditions. People like you help me do that.
Peace,
Lill

I wish we could join you for some lessons.
Simply fantastic. Keep it up E. You are wonderful.

Wow. THank you for this. We are just coming up to the Holocaust in our studies. This is fantastic.

What a great way to handle this with your son. I agree that the ritual of lighting a candle probably helps with the emotional part.

i teach at risk boys in the islands. we are going to study the Shoah soon. thank you for your blog. aloha