NEARLY WORDLESS WEDNESDAY
...Wisdom's gift opens the gates of the heavens,
The gift of Divine understanding makes the ages pass and
the seasons come and go...
--Ma'ariv Aravim, A Poem by E. Levin 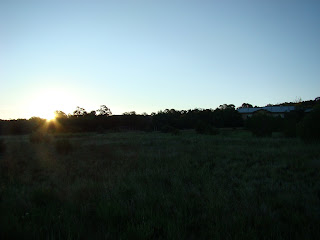 The Cross-Quarter came at 21:08 MDT, August 6, 2008. Unfortunately, so did the remnants of Tropical Storm Eduardo! This was the first sunrise I could photograph.

The August Cross-Quarter marks the time when the earth is exactly halfway between the Summer Solstice and the Autumnal Equinox in the northern hemisphere. It reminds us that summer is passing into fall, and that the days are getting shorter. In the Old European religion, this cross-quarter, called Lughnasadh was the beginning of the harvest season, and thus the beginning of autumn. 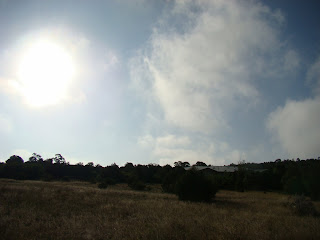 This was the approximate position of
sunrise on June 22, 2008.
Again, the weather made it difficult to photograph.
The sunrise was not visible.
This photograph was taken about
40 minutes after sunrise.
Sunrise on June 21 would have been the farthest north on the eastern horizon for the entire year. This sunrise would have been to the left of the solar position in the picture. 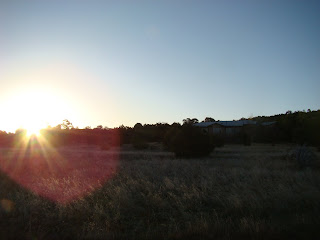 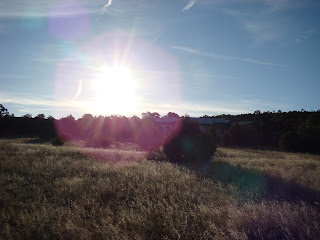 the day after the Vernal Equinox.

Human beings have used observations
of the sun's rising and setting to mark
the passage of the seasons as long as
we have understood our own mortality
and possessed the secret of planning for
the future--another gift of Wisdom.

Summer is passing, autumn is coming on. Wisdom recognizes the need to prepare for a new season.
Posted by Elisheva Hannah Levin at 9:38 AM