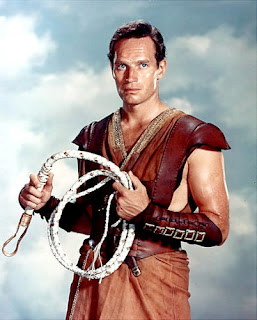 Those of us old enough to, remember him like this, as

(It must be capitalized!) 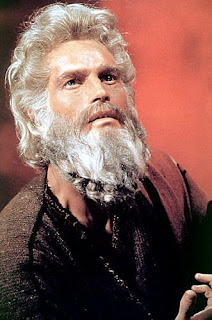 And of course,
he played Moses in the Ten Commandments.
We still put it on sometime around Passover.
The effects aren't as thrilling,
but you've got to admit, he was a knock-out in the loin cloth, in the mud-pits.
Doesn't look like a Levite, but who knows? 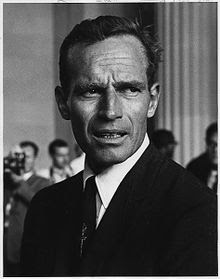 But we might not remember him like this.
He's at a 1963 Civil Rights rally with some other actors.


And who knew he could speak like this, unscripted:
"Dedicating the memorial at a Gettysburg, Abraham Lincoln said of America, "We are
now engaged in a great Civil War, testing whether this nation or any nation so conceived
and so dedicated can long endure."Those words are true again. I believe that we are again engaged in a great civil war, a
cultural war that's about to hijack your birthright to think and say what resides in your
heart. I fear you no longer trust the pulsing lifeblood of liberty inside you...the stuff that
made this country rise from wilderness into the miracle that it is."
--Charlton Heston, Speech to the Harvard Law School Forum, 1999

I grew up on his movies,
and enjoyed them all,
even the cheesiest.
Rest in Peace to a good actor.
Posted by Elisheva Hannah Levin at 10:20 AM

I had no idea he was involved in the civil rights movement. I just knew him as the NRA spokesperson.

I didn't know that either! He was involved in sit-ins and protests in the late '50's and early '60's, long before it became Boomer-chic.

It just goes to show that the left does not not have corner of the market on justice!